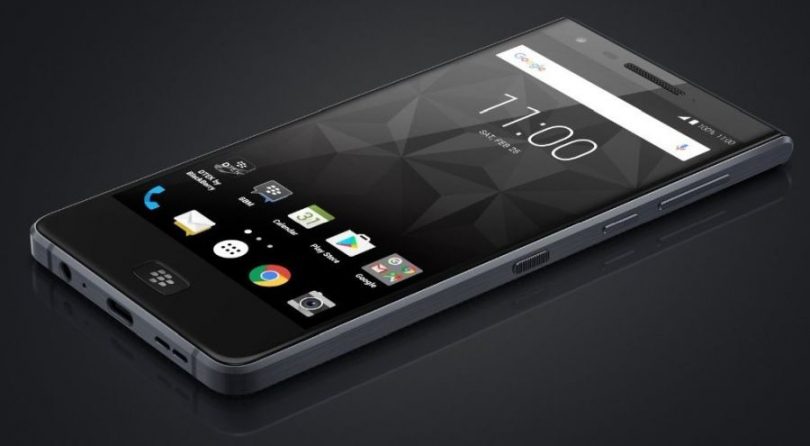 Several pictures of BlackBerry’s latest smartphone model have been leaked, revealing the public some details on the Motion model, which is said to be a replacement for the long-awaited Krypton.

The Motion – formerly known as the ‘Krypton’ – is TCL’s latest BlackBerry gadget since acquiring the early nineties smartphone giant.

From the picture, it can be assumed the new model retains the 3.5mm headphone jack and features a traditional home button.

In terms of its look, the Motion doesn’t fall in line with the current bezel-free trend. It also contains a home button with an embedded BB logo. And, there’s a 3.5mm headphone jack. So, in many ways it is a classic device — albeit not in the traditional BB trademark.

Still, that doesn’t mean the company is doing away with its other defining features. The Motion will carry the robust security software that BlackBerry prides itself on, and apparently boasts a mammoth 26-hour battery life. Details on its full list of specs, however, are still scarce.

The handset is rumored to arrive this month. Although, if past examples like the BlackBerry KeyOne Black edition are any indication, TCL could be releasing the Motion in some markets first before bringing it worldwide.

There’s a Qualcomm Snapdragon 625 processor, with the device powered by a 3505mAh battery enhanced by Qualcomm’s Quick Charge 3.0 abilities. This means the phone can go from zero battery to 50 per cent charge in just 36 minutes.

The upcoming release of the BlackBerry Motion comes after the launch of the Blackberry KEYone back in April, which will probably cost £499 at launch and will be available to buy in the UK at first from Selfridges and then the Carphone Warehouse.