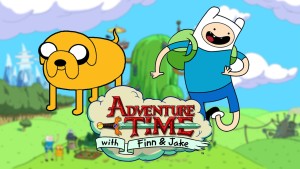 Cartoon Network has confirmed that Season 9 will be the last we’ll see of Finn and Jake and the amazing world of Adventure Time. It has saddened many fans  that the upcoming season nine of “Adventure Time” will already be the show’s final season. The animated series has been followed by millions of viewers all over the world and it has brought so much joy and art to all of them.

“Adventure Time” is known to be a story of the adventure of Finn and his dog, Jake as they embark on their journey to explore the magical land of Ooo. There, they meet different characters of different kinds who add fun to their journey together, and it has been an artistic portrayal of such adventures.

The last season is to be aired in 2018, leaving us with less unicorns, princesses, quests and probably the biggest bromance in cartoon history. But it’s not all sadness.

The series initially aired in Cartoon Network in 2010 and it has garnered many awards since then, including the Emmys. It has also been produced in different merchandises, including toys, mobile games, comic books and so much more. “Adventure Time” definitely made a great impact on the viewers and when the news of the show coming to an end was announced, it definitely saddened many.

The upcoming season nine of “Adventure Time” is confirmed to air a total of 142 episodes, including fresh episodes, miniseries and more surprises. Despite the animated kids’ series coming to an end, it will still feed so much joy to the viewers especially since it has been known to create a great impact in the cultures all over the world.

There is still a lot more to expect of the upcoming “Adventure Time” season eight and its upcoming series finale, season nine. Release date hasn’t been announced yet but will definitely air by 2018.