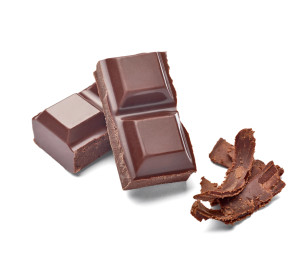 Too many healthy headlines may put you under the impression that anything that tastes, feels, or even sounds good will sabotage your losing weight activities or take years off of your life. Fortunately, that’s not actually the case. In fact, research shows that a lot of our most common vices, like indulging a sweet tooth or grabbing post-work pints with the guys may actually have some positive side effects—not the least of which is improving your mood. Follow these expert tips to maximize the benefits of giving in to your baser instincts.

Letting out a long sigh typically exudes an air of boredom or a moment of relief—neither of which give off such a great impression during most day-to-day environments like say a job, with friends, or family. And it doesn’t necessarily seem all that healthy, either. But according to a study published in the journal Nature, that loud exhale is crucial for lung health. Specifically, its ability to open the alveoli (which are tiny air sacs in the lungs that allow oxygen and carbon dioxide to travel to and from the bloodstream), reports Medical News Today. “When alveoli collapse, they compromise the ability of the lung to exchange oxygen and carbon dioxide,” says lead author of the study, and professor of neurobiology at the David Geffen School of Medicine at the University of California-Los Angeles (UCLA), Jack Feldman. “The only way to pop them open again is to sigh, which brings in twice the volume of a normal breath. If you don’t sigh, your lungs will fail over time.” So next time someone gives you the side eye you for your sigh, tell them this natural, involuntary habit is bettering your health.

The Benefit: Protects Your Ticker

Study after study shows that chocolate is good for more than satisfying a sweet tooth—it also prevents heart disease. Most of the credit for this benefit goes to the flavonoids found in cacao, the bean from which chocolate is made. These antioxidant compounds increase the flexibility of veins and arteries and lower blood pressure, says Jim White, R.D., owner of Jim White Fitness & Nutrition Studios. In fact, one review of 114,000 people published in theBritish Medical Journal found those who consumed the most chocolate had a 37% lower risk for developing heart disease and a 29% lower risk for suffering a stroke than those who consumed less of the sweet stuff.

But don’t reach for any old chocolate bar. White recommends picking dark chocolate blends with at least 70% cacao, which will pack the biggest heart-healthy benefits with the least amount of sugar, and limiting yourself to seven ounces (that’s about four dark chocolate bars) a week.

The Benefit: Boosts Your Metabolism

We’re quick to call late sleepers lazy, but they might be on to something. A recent study showed that people who wake up to an alarm rather than letting their body’s internal clock rouse them are three times more likely to be overweight. The reason? The more you rely on a device to wake you up, the further your circadian rhythm falls out of sync with your actual sleep schedule, says Till Roenneberg, Ph.D., a researcher at the University of Munich. This mismatch can cause you to eat at irregular times—often when your body isn’t primed for proper digestion—and may also cause your metabolism to slow, says Roenneberg. If you’re dependent on your alarm clock, try going to bed earlier each night until you wake up the next day feeling refreshed. Then on the weekend, don’t set an alarm, but follow your new bedtime as closely as possible and let yourself wake up when your body is good and ready, he advises.

4 – Kicking back with a cocktail

Like to unwind with a drink at the end of every workday? Don’t beat yourself up over that evening trip to the liquor cabinet. Drinking in moderation is one of the three key behaviors that may help you live longer, according to experts at the Centers for Disease Control and Prevention (the other two are eating right and getting enough exercise). That’s because the ethanol (a.k.a. alcohol) acts like an anti-inflammatory and increases HDL or “good” cholesterol, which breaks up the bad cholesterol that gets stuck in your arteries, says Eric Rimm, Sc.D., associate professor of epidemiology and nutrition at the Harvard School of Public Health. The result: a lower risk for heart disease and stroke. Be sure to stick to a two-drink maximum; any more and you start mitigating (or even reversing) the healthy benefits of the booze.

If you’re more into microbrews than you are mixology, raise your pint glass—your drink of choice still does the body good. A new Japanese study found that the naturally occurring flavonoids in hops can increase muscle mass by preventing tissue breakdown during periods of inactivity. What’s more, hops’ antioxidants reduce the risk of heart disease, according to White. But don’t take the beer bong out of retirement just yet. Like with liquor, limit your intake to one or two brews daily, as drinking more can not only result in a beer belly, but can also reverse beer’s heart-helping ways, warns White.

While it might not always feel totally pleasant to have an adrenaline-fueled day at work, experiencing short periods of low-level stress can actually make your mind and body more effective. Stress causes heightened awareness, increased energy, and a surge in blood flow, all of which trigger a release of hormones that send protective chemicals into the bloodstream, explains Firdaus Dhabhar, Ph.D., director of research at the Stanford University Center on Stress and Health. This helps to boost immunity and reduce your risk for certain types of cancer.

What’s more, according to research from the University of Buffalo in New York, people who face stressful life events develop a kind of emotional resilience that affords them better mental health and more life satisfaction than those who haven’t encountered such tough obstacles. The catch, though, is that the kind of stress that offers these benefits is acute, not chronic. What’s the difference? While acute stress is generally short-lived (think: work deadlines), chronic stress is long-lasting, feels beyond your control, and may require support from a therapist if it endures beyond a few consecutive days. Left untreated, chronic stress can contribute to heart disease, depression, and obesity.

Fit guys tend to avoid candy like the plague—after all, it’s loaded with sugar and very few healthy nutrients. But just because your favorite sweet treat isn’t as healthy as, say, steamed kale, doesn’t mean that you should delete it from your diet altogether. A study published in the journal Nutrition Research found that people who eat candy regularly have lower BMIs, smaller waist circumferences, and lower levels of inflammation than those who completely shun the sugary stuff. The reason? While candy may taste just as sweet as other desserts (like pies and cakes), a single serving is typically lower in saturated fat and calories. But the real benefit of treating yourself occasionally might be mental. “Depriving yourself of sugar altogether can actually make you crave it more—leading you to overindulge when you finally give in,” says White.

Your move: Reach for your sweet treats immediately after working out. That’s when your metabolism is running like a furnace and your glycogen-hungry muscles need quick-burning sugars for fuel, explains White. Limit yourself to a twice-weekly indulgence, and look for candy that contains less than 30 grams of sugar per serving. To aid in muscle repair—and to prevent the dreaded sugar crash—pair your post-workout candy with a lean protein source such as soybeans or sunflower seeds.

Ever had that lazy Saturday or Sunday when you just can’t motivate yourself to get off the couch and into the shower? Don’t sweat it. “Long, hot showers and harsh soaps can destroy the natural oils that keep the skin moisturized and maintain its barrier function,” says Jill Weinstein, M.D., a dermatologist at Northwestern Memorial Physicians Group. “This, in turn, can make the skin dry and sensitive.” Weinstein recommends keeping showers short (10 minutes tops), and using warm rather than scalding-hot water. And as long as you’ve brushed your teeth, it’s OK to skip that weekend-morning shower—granted your only plans that day are watching the game at home.